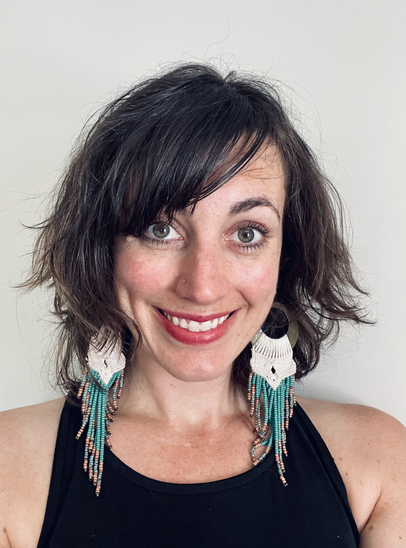 The Outstanding Service & Leadership Award recognizes an individual whose efforts over the past two years have reinforced the CSA’s goals and values and have embodied exceptional service, leadership and/or dedication to the CSA. The award consists of one year’s complimentary membership and registration and a certificate.

Although this award is technically concerned with the last two years of a member’s service, Lisa Daily has been known to the entire CSA community as a tireless volunteer and leader since she first joined the CSA in 2013. She became chair of the Visual Culture Working Group only a year after attending her first conference, and subsequently revitalized that group. In her role as Working Group Coordinator, she has overseen all working group leadership and administration--that’s 14 active working groups. This is her last year (for now, anyway) serving on the Association’s Governing Board, which she has done since 2016. As a GB member, she’s chaired countless committees and this year is co-chair, with Dave Zeglen, of the Program Committee, one of the most labor-intensive positions in the CSA. Everyone gathered here today will appreciate the magnitude of that task for such a large and virtual conference and how well they have pulled it off. In all these roles, Daily models the outstanding service and leadership this award honors. She is unflagging in her energy and her commitment; she has an unerring sense of the direction the CSA should be headed in; she brings clarity and a sense of humor to the job; and she represents the best of the cultural studies community.

Lisa Daily holds a PhD in Cultural Studies from George Mason University and currently works and teaches at New York University as Director of Community Engagement and Associate Faculty at the Gallatin School. Daily's research interests center on visual media, capitalist formations, humanitarianism, labor, and consumer/commodity cultures with a focus on issues of inequality and power regarding race, gender, class politics, and geopolitical divides. Her current work engages these themes through two related but distinct long-term projects: a critical examination of ethical capitalism from Conscious Capitalism™ and commodities that “do-good” to fair-trade, craft labor, and B-Corps, among others. Her next project focuses on humanitarianism and digital technologies, critically considering the techno-utopian promise of the “empathy machine” to more fully actualize the embodiment of distant suffering for privileged spectators. In both cases, Daily examines the ways in which aid, giving, and ethics within a capitalist framework continue to obscure the expansion of capitalist accumulation and its cruelties through displays of benevolence, a form of paternalism that is deeply entrenched in histories, practices, and ideologies of colonialism.
​
Daily has served on the Cultural Studies Association Governing Board since 2016 and has served as the co-chair of the Visual Culture Working Group (2016-2019), the Working Group Coordinator (2019-2021), program committee (2016-2021), and the co-chair of the Program Committee for 2021, among other responsibilities.
Support Us